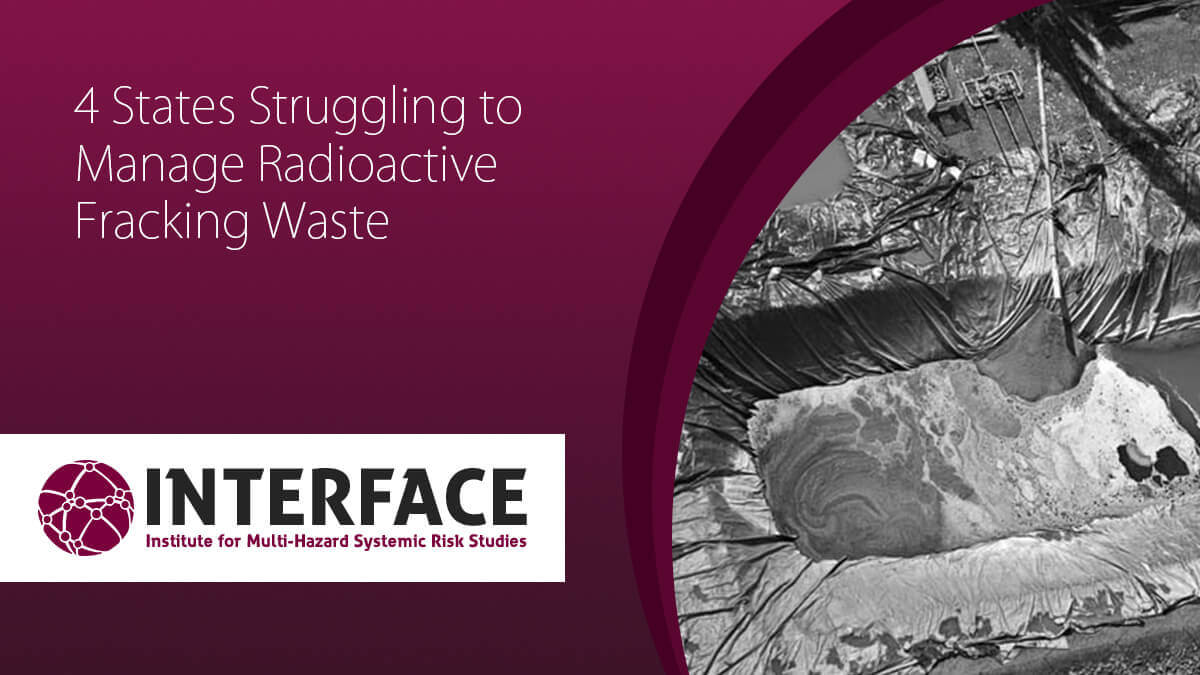 The Marcellus Shale has transformed the Appalachian Basin into an energy juggernaut. Even amid a recent drilling slowdown, regional daily production averages enough natural gas to power more than 200,000 U.S. homes for a year. 
But the rise of hydraulic fracturing over the past decade has created another boom: tons of radioactive materials experts call an “orphan” waste stream. No federal agency fully regulates oil and gas drilling byproducts—which include brine, sludge, rock and soiled equipment—leaving tracking and handling to states that may be reluctant to alienate energy interests.

“Nobody can say how much of any type of waste is being produced, what it is and where it’s ending up,” said Nadia Steinzor of the environmental group Earthworks, who co-wrote a report on shale waste. [Earthworks has received funding from The Heinz Endowments, as has the Center for Public Integrity.]

The group is among several suing the U.S. Environmental Protection Agency to regulate drilling waste under a federal system that tracks hazardous materials from creation to final disposal or “cradle to grave.” The EPA declined to comment on the lawsuit but is scheduled to file a response in court by early July.

Geologists have long known soil and rock contain naturally occurring radioactive materials that can become concentrated through activities like fracking, in which sand and chemicals are pumped thousands of feet underground to release oil and gas from tight rock. But concerns about fracking largely have focused on injection wells and seismic activity, with less attention paid to “hot” waste that arrives at landfills and sets off radiation alarms.

An analysis by the Center for Public Integrity shows that states are struggling to keep pace with this waste stream, relying largely on industry to self-report and self-regulate. States have also been slow to assess and curb risks from exposure to the waste, which can remain radioactive for millennia. Excessive radiation exposure can increase cancer risks; radon gas, for example, has been tied to lung cancer.

The four states in the Marcellus are taking different approaches to the problem; none has it under control. Pennsylvania has increasingly restricted disposal of drilling waste, while West Virginia allows some landfills to take unlimited amounts. Ohio has yet to formalize waste rules, despite starting the process in 2013. New York, which banned fracking, accepts drilling waste with little oversight.

Inconsistencies have raised concerns among regulators and activists that waste is being “shopped around” by companies seeking the path of least resistance or unsafely reused. In March, Kentucky’s attorney general opened an investigation into two landfills he alleged illegally accepted radioactive drilling waste from West Virginia. A separate investigation is ongoing at the Kentucky Cabinet for Health and Family Services, where officials exchanged emails about whether landfill workers and schoolchildren might have been exposed to dangerous levels of radiation.

Kennedy co-chairs a committee working with regulators and industry to develop guidelines and recommendations for states. “You can’t rely on industry to go it alone and self-regulate,” he said.

While radiation emitted from fracking waste may pale in comparison to that from nuclear power plant waste, Steinzor said regulators don’t know the cumulative impacts of landfilling the loads over time. “There’s been such a push to expand the industry and to drill as much as possible,” she said. “No one has had the desire or political will to slow the industry down long enough to figure out what the risks truly are.”

This piece was produced in partnership with the Center for Public Integrity, a nonpartisan, nonprofit investigative news organization.